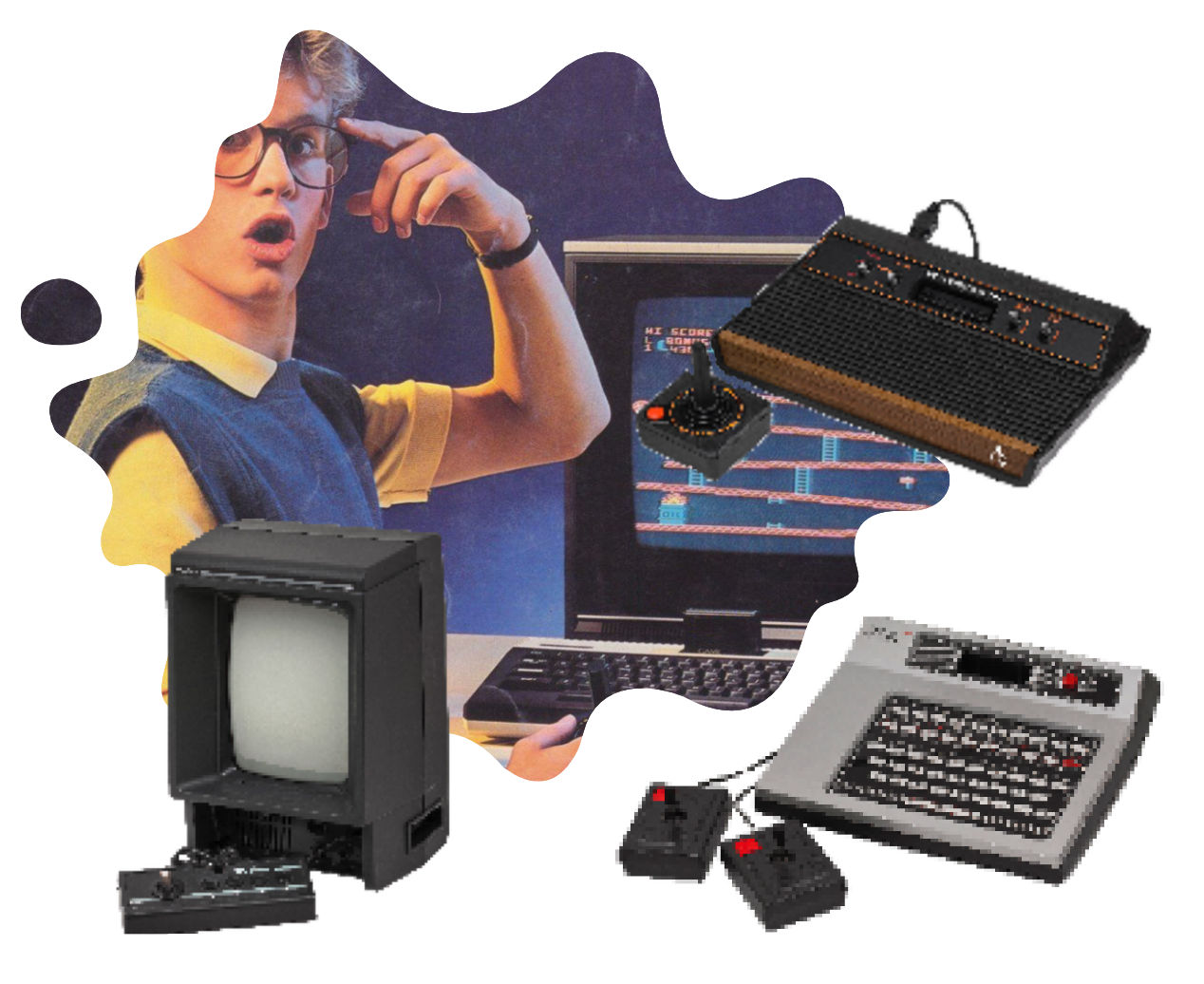 What Was the Great Video Game Crash of 1983?

What was the Great Video Game Crash of 1983?

At BugSplat, we are passionate about preventing software and video game crashes—but not all crashes are caused by bugs in code! In the early 80’s the video game industry was booming in North America - the price of home consoles had dropped, and the demand for new video games was skyrocketing.

The video game craze had everyone wanting to play video games, and companies were scrambling to meet the demands of consumers. The stage was set for the most famous video game crash in history.

In 1983, the video game industry was hit with a recession that nearly spelled the end of video games for an entire generation. Critics were calling video gaming a fad, and many prominent companies went bankrupt or stopped making games entirely. This recession is known as the Great North American Video Game Crash.

So… what the heck happened? Why did the whole industry fall apart? How did it recover? And what impact did it have on the games we love to play today?

In 1983, the video game industry, although growing rapidly, was still a niche market a fraction of the size that it is today.

Between 1983 and 1985, this fledgling industry contracted by an astounding 97%, devastating video game companies and leading many leading industry critics to predict the end of home video games.

The immediate result was that many companies producing video games, especially smaller third-party development companies, were forced to shut down. Equally critically, toy stores, who had been the main distributors for video games, concluded that they were just a fad and stopped promoting them in stores.

For the next three years, the growth of video games remained stagnant as companies tried to respond to the changes in the market.

What caused the Crash?

The first major problem contributing to the Crash was an absurd over saturation in the video game console market in North America. By 1983, gamers had dozens of console choices to pick from. This created a situation of confusion for the average customer. Each console came with its own set of games from the company that manufactured it, as well as an expansive web of third-party games.

Because of this over abundance of consoles, there was little continuity throughout gaming with friends. Imagine spending hundreds on a new console and then having your friends all buy different ones. Kind of kills the fun of gaming.

A second problem was that, after the success the video game industry experienced in the late 70’s and early 80’s, many companies were rushing to produce video games as quickly as possible.

This became a huge problem because at the time console makers had lost control of what games were being developed for their platforms. In the early 80's, Atari had unsuccessfully sued for the right to regulate third-party development for their devices. This failure set a precedent which allowed any company to develop games for any device. Any blocks which were put in place by the console makers were just reverse engineered and ignored.

Some third-party developers like Activision were actually able to create great games. Unfortunately, many of the companies putting out video games pre-Crash didn’t have the technical chops to pull it off. The market was flooded with crap video games trying to be the next hit. Even companies like Quaker Oats and Purina Dog Food were getting in on the fun.

The two most frequently cited examples of this are the Atari adaption of Pac-Man and the video game E.T. The Extra Terrestrial — a game so bad it is widely considered the worst video game of all time.

The team making E.T. was famously only given six weeks to develop, test, and market the game before it was shipped out for the holiday season. The video game they produced had little to do with the actual movie and was an immediate failure. Millions of copies were never sold and were buried in a landfill in New Mexico.

The lead developer on E.T. actually said of the game “We had literally six weeks to produce a brand new game, manufacture it, package it, and market it. It was a disaster. I mean, the programmers hated it. Nobody liked the game”.

The E.T. game was so bad it is still the subject of fascination and parody to this day. For the Simpsons Halloween Special in 2019, the game was mocked as part of their 80's themed show which also parodied Stranger Things.

The final contributing factor to the crash was the competition from personal computers.

During the early 80’s, the major personal computer companies were locked in a fierce price war which brought down the overall cost of a computer drastically. By 1983, the cost of owning a home computer was comparable to owning a gaming console, and many consumers made the choice to jump ship. Computers had the ability to play games along with other functionalities that the consoles just couldn’t offer.

What ended the Crash and saved video games?

By 1985, sales of video games had started to recover following the introduction of the Nintendo Entertainment System (NES) to the North American market.

In 1986, Nintendo’s president Hiroshi Yamauchi said that "Atari collapsed because they gave too much freedom to third-party developers and the market was swamped with rubbish games.” Although the collapse of the video game industry in 1983 was not just an Atari problem, this statement sums up pretty perfectly what led to the industry’s demise.

In order to avoid making this same mistake, Nintendo produced fewer, higher quality video games and strictly controlled third-party development. They did this by introducing a checking integrated circuit (CIC) for the first time to stop unauthorized developers from making games on their platform. The CIC was essentially a lock-out chip which stopped unauthorized third-party developers from developing games for the NES.

Nintendo was also able to win back the trust of the video game consumers by instituting an ‘Official Nintendo Seal’ of approval for their video game titles. No game was sold in stores for Nintendo without this seal of approval―this continues as a trend for video games today.

By 1988, Nintendo was the dominant player in a resurgent North American video game industry, owning a whopping 70% market share with $2.3 billion in revenue.

What were the lasting implications of the Crash?

Another impact of the Crash was that video game platform companies gained the ability to decide what was published for their systems. This allowed them to control the quality of games their customers could play, ensuring that their systems would not be associated with rubbish games which were poorly developed and badly tested. This created higher degrees of customer trust in video game companies and improved the overall level of games across the board.

The final impact of the Crash was a larger emphasis on development and testing before release. In 1983, the assumption from a lot of companies was that making a video game was an easy thing to do and that one could throw together a game out without much effort. After the backlash that met the publishing of many rubbish titles in the early 80’s, this illusion thoroughly melted away.

Despite the mid-80's being a rather dark time for the video game industry as a whole, today our games are better for the mistakes made in the past. Not every game that gets put out today is a masterpiece, and the industry still doesn't do everything perfectly, but at least we haven't seen anything as E.T. in a while .

Incorporating Crash Data Into Your Workflow

BugSplat's New Look: A look inside the new website, brand indentity, and blog